Jaiprakash Associates reported strong F1Q11 top-line performance. Total revenues grew 52% YoY to Rs31.7 bn. However, significant margin weakness across divisions (mainly cement and construction) meant that even though the high-profitability real estate segment stepped up in the quarter (revenue share rose from 5% in F1Q10 to 11% in F1Q11), EBITDA for the company as a whole grew only 15% YoY.

Net profit of Rs1,051 mn, post adjustment for exceptional income related to the profit booked on the sale of its 4.94% stake in END_OF_DOCUMENT_TOKEN_TO_BE_REPLACED 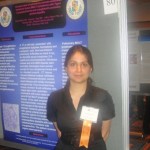 Dr. Reddy’s Laboratories’ (DRRD) Q1FY11 results were below estimates, with operating profit of INR 2.6 bn vs. our estimate of INR 3.1 bn. While operating margins were flat Q-o-Q (ex-restructuring costs in Q4FY10) and fixed costs of INR 6.3 bn broadly in line with estimates, a lower-than-expected sales of INR 16.8 bn led to operating margins of 15.6% (below our estimate of 17.2%). Adjusted net profit of INR 2.3 bn (excluding INR 225 mn forex loss primarily from rouble depreciation) was 8% lower than our estimate of INR 2.5 bn. This END_OF_DOCUMENT_TOKEN_TO_BE_REPLACED

India’s larges Cigarette manufacturer ITC saw a dip in volumes during the last quarter. This does not necessarily mean increasing health consciousness amongst Indians but their affluent lifestyle making them to hop on to Foreign Brands.

ITC’s recent pricing, coupled with mix improvements led to ~12% and ~16% YoY growth (90bps margin expansion) in cigarette revenues and profits respectively. PAT growth of ~22% YoY to Rs10.7bn was marginally ahead of our/consensus estimates of Rs10.6/10.4bn respectively. Moderate EBITDA margin expansion of ~110bps YoY to 33.4% was primarily on END_OF_DOCUMENT_TOKEN_TO_BE_REPLACED

REC reported strong disbursement in Q1FY11, of INR 46.4 bn (28% Y-o-Y), led by generation projects; disbursements in T&D were, however, relatively lower. Sanctions were robust at INR 228.8 bn – a growth of 51% Y-o-Y led by sanctions under the T&D segments and spillover from the earlier quarter. 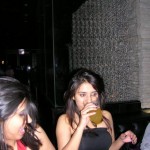 United Spirits Revenue growth of ~18% YoY
to Rs14.7bn reflects various changes in accounting bases (re-grouping of sales/A&SP expenses ex tie up units). Like to like, revenues rose ~11% YoY, comprising 6% YoY volumes and the rest due to mix/price increases. Mgmt noted that volume growth during the Q was adversely impacted by de-stocking in the state of Andhra Pradesh due to a fresh END_OF_DOCUMENT_TOKEN_TO_BE_REPLACED

Indian Equity MFs AUM, at INR 2.14 tn, accounted for ~34% of total AUM. Aided by the rally in broader markets, equity AUM rose ~4% over the previous month. Sales in existing equity schemes stood at ~INR 40.3 bn in June against ~INR 54 bn in May. New fund offerings (NFOs) of equity schemes of ~INR 10.7 bn during the month.

Total AUM stands at INR 6.3 tn. It dipped by ~INR 1 13 tn over the previous month. Ratio of large-cap AUMs to mid-cap AUMs END_OF_DOCUMENT_TOKEN_TO_BE_REPLACED