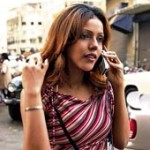 Bharti Airtel management confirmed that it is in exclusive talks with Zain for buying the African assets of Zain (15 countries excluding Sudan & Morocco) for US$10.7b. Bharti and Zain are likely to be in exclusive talks till March 25, 2010. Bharti’s Zain acquisition is likely to lead to weakness in Bharti’s share price in the short term.

UBS valuation estimate for 80% of Zain’s African assets is around US$5b. However, given Africa is characterized by low minutes of usage currently; Bharti is likely to transport its low cost model to Africa which has the potential to improve usage significantly. There may also be synergies in terms of network equipment procurement, transfer of best practices from Indian mobile market.