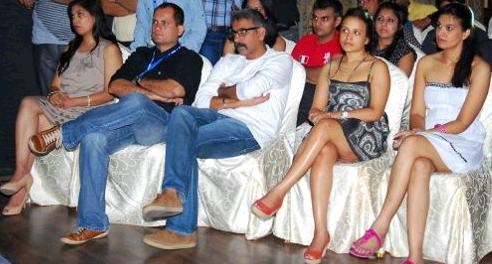 At the CLSA India Conference, Indians Corporates appeared to be cautious and most highlighted weak consumer demand as a near-term headwind. The cautious view was emanating from the belief that the market has already factored in, partially, the strong outcome in the elections.

Investment uptick not visible as yet, some optimism on power
Slew of BFSI companies like HDFC, ICICI, SBI, Axis, and IDFC mentioned that new investment proposals are still not forthcoming although they were optimistic about the Government’s CCI (Cabinet Committee on Investments) initiative. Nearly all private sector banks have been focussing on cost reduction to tide over the near-term uncertain times. PSU banks, however, do not have this flexibility.

Where is the Foreign Investor Focus ?
Elections and politics have been on the minds of investors. In the response to our survey, 62% of the investors highlighted that they would be buyers on a potential strong outcome from the elections in 2014 even though the market might be up 8- 10% during the day. Also 56% of the investors responded that India would be a relatively better Asian market to invest in, during 2014.

A few of the existing investors highlighted the concern that the market has run ahead of its fundamentals and is partially discounting an optimistic election outcome. The election results on the 8th December, of the 4 states going to assembly polls, would be an important event to watch out for and the election results could surprise either way.