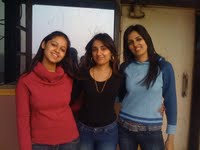 After Merrill unveiled its investment outlook for 2010, Morgan Stanley has pushed the button forward on what it looks in the Indian markets for 2010. Here is an excerpt from the same,

1. Value in PSU Banks – The Central Bank is likely to start raising rates in January 2010. Rising rates favor Indian banks as they run a maturity mismatch on their balance sheets (liabilities have a longer maturity). Thus NIMs will rise; coupled with acceleration in loan growth (which trails IIP growth), this will help earnings. PSU Banks trade at better valuations helped by a declining fiscal deficit.

2. Avoid Technology – Tightening by the Central Bank will put upward pressure on the rupee with negative consequences for technology stocks. Tech stocks have done particularly well over the past six months and also suffer on a relative basis in an accelerating domestic growth environment.

3. Energize your Portfolio – Energy, especially Reliance Industries, has delivered its worst relative performance ever on a trailing-six-months basis. The sector correlates positively with crude oil, short-term yields (read: local inflation) and industrial production. Thus it provides a hedge against a spike up in crude oil prices.

4. Industrials – Acceleration in industrial growth will help close the output gap faster than what is possibly in the price right now. This will help a new private capex cycle to start in 2010 and further boost performance of industrials [L&T]

5. Shift Bias From Rural[Inclusive Growth] to Urban Plays – No doubt rural growth remains very strong, helped by rising food prices and government spending. Yet at the margin, urban growth will close the gap vs. rural growth as industrial activity picks up. In contrast, media and niche mid-cap staples may still perform well.

6. Time for MidCaps – The broader market is likely to generate faster earnings growth of around 25% in 2010 [Balrampur, Lupin, Pantaloon, IVRCL]

Most of the market returns in 2009 have come from a PE re-rating, and as the key driver of returns shifts to earnings in 2010, so will the key driver of stock prices from macro to idiosyncratic stock related factors.