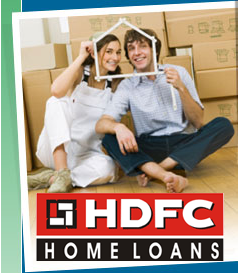 Before Sharekhan’s coverage we would like to let you know that HDFC is a blind BUY at any rate. Hold it for 12-24 months, you will see the returns 🙂

HDFC has created significant value in its subsidiaries. Three of these-HDFC Bank, HDFC Life Insurance and HDFC Mutual Fund-are valued at Rs883 per share. They are also growing at a faster rate than HDFC. Separate listing of Insurance subsidiaries is on the cards too.

HDFC has gained significant market share in the past couple of quarters. Also, continuous CRR hikes by the RBI have benefited HDFC the most, as banks are unable to bring down their lending rates to protect their margins. HDFC doesn’t need to maintain CRR, hence its incremental spreads have widened as incremental borrowing costs have declined while lending rates have remained stable.

Core mortgage business is expected to grow at 25-30% over the next couple of years. In Q2FY2008, HDFC’s margins expanded and the core operating performance was very strong (up 56% yoy). We expect the earnings before exceptionals to grow at 26% CAGR over FY2007-10E. NPAs are less than 1%