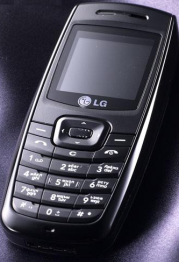 Telecom regulator TRAI’s recommendation regarding allowing the net telephony has brought the ISPs and telcos on a battle field. Cellular Operator’s Association of India (COAI) has said that the telecom companies have paid hefty amounts to get telecom licenses and some of the new players are waiting for allocation of spectrum to roll out their services. In such wake it will be unfair to allow ISPs to start net telephony without paying any fees. COAI has further said that the assumption of little effect on account of low penetration of broadband is faulty. It fears that as the broadband users will increase, the concept of level playing field will become even bigger issue.

However, countering the arguments of COAI, the ISPs association has said that level playing field should not be used as an agreement to prevent technological advancement. The association further said that instead of taking ISPs as competitors, telecom companies should see it as an opportunity to cash in on untapped areas as the ISPs will depend on telcos for interconnectivity.

TRAI has also rubbished the resentment of telecom companies, saying that telcos have not provided net telephony in spite of having the license to do so. Therefore the move of allowing ISPs to offer the same was essential to provide consumers with advantages of latest technology.