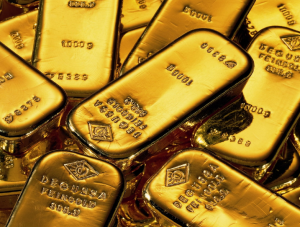 The Reserve Bank of India (RBI) has allowed five more banks to import gold to ease the restrictions that have been imposed on the precious yellow metal last year.

The 80:20 rule that was imposed on gold last year states that 20% of all gold imports in India have to be re-exported. Under this rule, only state-run trading agencies and banks that have been active in the export of physical gold in the past three years were allowed to import the precious yellow metal.

While the move for a revised law on gold imports seems noble, some experts say that there’s a political motive behind it. In the same article posted on the site where people go for more gold advice, it was suggested that the move was done by some politicians in order to have a good standing in the National Elections.

The go signal to import gold will allow banks to double their shipments from 20 tons to 40. In addition, it would bring down premiums for the precious yellow commodity within the country.

RBI’s governor Raghuram Rajan expressed his support for the new law on gold imports. However, he stated that the country should take things one step at a time.

“I think what we have to do is slowly and steadily take actions to remove some of these curbs (on gold imports),” said Rajan. “It would be useful for some of the big uncertainties facing us to be behind us rather than still in front of us before major actions are taken up in this regard, but I don’t rule it out.”

India lost its status as the no. 1 gold consumer to China when heavier taxes and other curbs were imposed on gold imports. Premiums were extremely high in the country last year, breaking the $150-mark per ounce before the year ended.