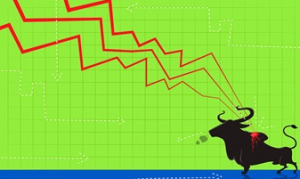 News that Indian army conducted strikes across the Line of Control (LOC) between India and Pakistan, is on wires. This has pushed USD-INR higher by ~0.6%, equities lower by about 2% from intraday highs. While cross-border firing isn’t rare, attacks across the LOC are. Diplomatic tensions between the two countries have already been high following the attack on an Indian army camp in Uri on 18th September in which 18 Indian soldiers lost their lives and the exchange of words between India and Pakistan in the UN General Assembly recently. In fact, India has withdrawn from the SAARC Summit to be held in Pakistan.

Two previous episodes when tension between the two neighbors was high were the the Kargil conflict of 1999 and the attack on the Indian Parliament in 2001. In both of these episodes, market sentiment was hit and asset prices declined initially. Volatility remained high over the short run but markets recovered their losses within a month. Sensex lost ~7% in the first two weeks of the Parliament attack but recovered the entire losses within the next two weeks; similarly during the Kargil conflict, equity markets lost 8.5% in 10 days but by the end of the conflict normalcy was restored. INR depreciation was limited to around 1-1.5% in both instances. The key difference between now and then is that the stock of foreign investment into Indian assets has risen sharply since. It is because of this that any sell-off in Indian assets could be sharp, in our view. However, as of now the scale of the present incident appears smaller than on the previous occasions mentioned above.

We would wait and watch as the sell-off may have not concluded just yet and await clarity on how the situation unfolds.