L&T has been in the news for wrong reasons – Hostile bid for Satyam Computers which has eroded its stock price as Satyam’s Scam unfolded.

The following Graph shows L&T’s Performance in the Month of March over the last 16 years. 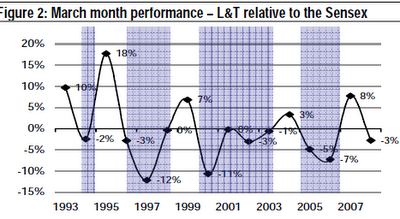