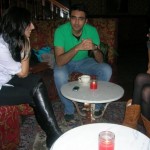 BOFA Merrill is bullish on the prospects of Tea Business. North India crop was up 10% till April-2010, these gains will likely be offset
by a drop in production during May and June led by pest attack and excessive rains. Annual production will likely remain flat in FY11 vs industry estimate of 5% growth. Expect upward movement in tea prices ahead, led by i) increasing shortage, ii) seasonal improvement in quality and iii) increased presence of institutional buyers.

Kenya and Sri Lanka form over 25% of global black tea produced and saw 33% YoY scale up in production to normal levels till April-2010. Post channel checks and interaction with the company, we lower estimates by ~4% to 8% given cut in tea price assumption and to consolidate Uganda acquisition.