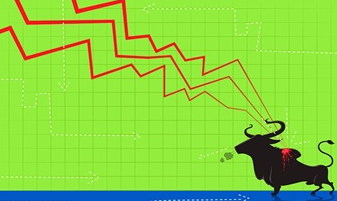 India continues to trade at a premium to the region, but given its stronger growth expectations under Narendra Modi (#NamoBullRun), it seems well placed on a PEG basis vs. peers. Most market indicators also indicate valuations FAIRLY PRICED with NIFTY quoting at 7,900. With a firm government in place, we think the implementation of reforms could jumpstart earnings in coming years.

Which Sectors of NIFTY Have Reached Peak Valuation ?
Out analyst has beautifully constructed END_OF_DOCUMENT_TOKEN_TO_BE_REPLACED 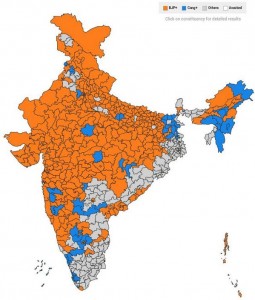 Shri Narendra Modi, led BJP has emerged Victorious beyond expectations decimating the Corrupt & Paralyzed Congress which killed the Indian Economy. This is a decisive electoral verdicts since 1984 with the pre poll NDA alliance surpassing the most optimistic forecasts. The political platform now delivered to the NDA is historic and should result in a simultaneous revival of investor, consumer and corporate confidence. With the economy and the investment cycle at the center focus of the new government, equity markets are likely to react to the verdict with euphoria.

India is entering its fourth wave. In the previous three waves, more than two-thirds of all stockmarket returns have come in the first three years.

While the budget will now emerge as the next key milestone for the market, investors should begin to assess what the next government END_OF_DOCUMENT_TOKEN_TO_BE_REPLACED

The declining likelihood of a fractured mandate in the national election 2014 has made the currency stable, and other key indicators like improving macro has lead Deutsche analysts to believe that it may be time to start focusing on domestic recovery/reform plays. It may be too early to expect any sharp economic turnaround, we believe that the worst is over.

With no reversal in the policy on calibrated diesel price hikes – as many had expected – we believe that the regulatory environment for diesel pricing has seen a structural change. Select PSU banks and state-owned oil companies, which witnessed severe END_OF_DOCUMENT_TOKEN_TO_BE_REPLACED

Citigroup Equity Analysts were the first to come out and boldly question Why Indian Equities which are already overvalued compared to Emerging Economies must Trade at a higher P/E of 14 when the Policy Paralyzed and Lip Service Government is delivering the Worst GDP Growth of Decade ?

Today, JP Morgan Analysts have seconded Citi Opinion in a research report released just a while ago. Their valuation model suggests that there could be downside of another 5-7% END_OF_DOCUMENT_TOKEN_TO_BE_REPLACED