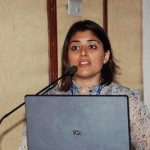 Sr. Technology Analyst Mr. Nimish Joshi of CLSA has written an Open Letter to Infosys CEO, Mr Shibulal. Open Letters are normally written when their is arrogance or refusal to accept by one party, as was the case between Dr Manmohan Singh and his Economic Adviser Dr Raghu Rajan.

In this case, we are not sure why Mr. Joshi chose this medium. He begins by saying that Infosys has been the worst performing IT stock in the last 4 years with mere returns of 54% compared to 137% by TCS. Further, Mr. Joshi raises 3 issues,

Loss of revenue and EBIT market share – Revenue Market Share has dropped 350 bps in the last 5 years. Infosys investors are worried about the adverse impact Infosys’ current strategy nto to undercut competition is having on its own growth trajectory and relative positioning within strategic clients.

Reduced business predictability – Gone are the days when Murthy would appear on your big screen and confidently say that Infosys business model is Predictable, Sustainable, Profitable and De-risked. One should note that the divergence in actual performance and guidance over the last 18-24 months has meant that investor confidence in your guidance has gone down. Infosys needs to address htis issue on a War Footing.

Lack of a clear roadmap for usage of cash – Like our Government’s failure to come up with a roadmap in IT and Telecom sector, Infosys is no exception as it lacks the vision and roadmap on how to use its cash. Infosys’ business model is neither capex nor working capital heavy and my belief is that is unlikely to change anytime soon. Asks for returning cash either through dividends or buy-backs.

Finally, he concludes saying that CEOs has come back to save their Titanic, will Murthy dare to take charge of Infosys again ?

For our readers, you may know that we have recommended HDFC TOP 200 and HDFC Equity Fund which have been holding Infosys in the last 4 years of its Worst Performance, so does this mean our Sr. Fund Manager Prashant Jain has lost the ability to be agile ? We guess so. Will review in detail and get back.