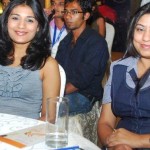 Since the the beginning of 2012, India and China dominated performance in Asia. UBS stepping in the shoes of a Bull in India, thought by the end of February that this market was too advanced, particularly in light of the UP and Other election, budget and seasonal tightness in liquidity. Since mid February, India has given up most of its relative gains for the year, China is now under-performing.

UBS is of the view that inflation may not surprise on the downside. India is now offering a less favourable risk / reward in being aggressively long the inflation and policy downside theme, UBS is less sure the market can outperform again by any meaningful degree for now.

India doesn’t look as inexpensive to as it did during the beginning of the year. Liquidity story for Bulls is not powerful nor a cyclical rebound in earnings thus India will struggle to Outperform and desrves to be Downgraded to Neutral. Compared India vs China, UBS wants its funds and Investors to go to Mainland China rather than Paralyzed Government of India 🙂