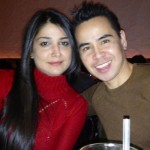 Infosys’ disappointing performance has raised multiple concerns around the demand environment and the competitive landscape of the IT services industry.

The increased visa scrutiny from the US, leading to delays and denials of visas, has been a reality for a while now, but has not impacted companies’ growth momentum by much. The CBS interview on 13 April with estranged Infosys employee Jack Palmer has attracted much attention in the US and India, but these issues have been a thorn in Infosys’s side for a while already. The visa concerns / impediments may not have impaired the company’s project delivery significantly yet, but in an election year in the US they may garner more attention from the media than we think is deserved. The news flow may continue to dog Indian IT services companies in the short term.

Hiring Local Talent in the US Managements are becoming increasingly defensive given the move to hire additional local employees. Should there be an adverse judgement in this case, some disruption of visa permits and pullback from clients could continue, which we think is worrying the top management and forcing them to build
contingencies.

Jack Plamer has rejected an out of court settlement with Infosys and is likely to expose the H1-B Work Visa misuse by Indian Outsourcing Companies. stay tuned!