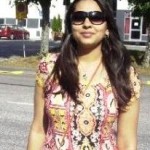 TCS reported 4QFY12 revenue of US$2.65bn, up 2.4% QoQ, in-line, and better
than -2% for Infosys. Consolidated volumes grew 3.3% QoQ. Rupee revenue at Rs133bn, and EBITDA margin at 29.5% were also in line with street expectations. Net profit at Rs28.9bn was higher than estimate led by higher forex gain of Rs1.1bn.

3.3% volume and 2.4% USD revenue growth (qoq) were stable and broad-based across major verticals, except BFSI. Pricing declined 97bp qoq. The new deals have come across geographies and services. Two deals were won from US and two from Europe. Deals also came in from LatAm and UK. The scale up in existing customers is also picking up and is adequately reflected in the higher number of $1mn/$5mn/$10mn and larger accounts.

TCS Management NoteAttrition at TCS eased to 11.1%, lowest in 5 years. TCS added 10.4k employees, and provided hiring guidance of 50k gross adds for FY13, with offers made to 45k freshers. Demand outlook continues to be relatively upbeat, with management noting some return in discretionary spending and pick up in project starts. TCS’ management believes that financials services has bottomed out and is likely to see pick up in FY13. Mgmt remains confident of pick up in business from Q1FY13 onwards given that 3 of the 6 large deals announced during the qtr came in from the segment.

TCS Immigration and H1-B VISAs if scrutinized can be worse than that of Infosys. However, Tata brand donating substantial money to American Universities may have kept it under wraps 🙂