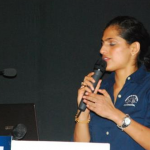 In our recent report, on the emergence of United States of India, we had written about the rise of Regulatory Powers to Curb Corruption at High Places including Central Government Ministries. We’d like to prove one such point involving the Food Corporation of India which for over 8 years bought Supplies from 3 companies and everybody from the Food and Civil Supplies Ministry to the CEO of the company were hand in Glove in the operation.

CCI – Competition Commission of India – IN CCI’s report dated 23 April 2012, United Phosphorus along with two other manufacturers have been accused of colluding together while submitting bids for the tender floated by Food Corporation of India (FCI) to procure ALP (Aluminium Phosphide Tablets).

The ALP tablets were sourced by FCI for preservation of food grains. As per the findings of CCI, all three accused companies quoted similar price while submitting bids for the tenders. To arrive at the findings, CCI has examined tenders floated by FCI between year 2002 and 2009. Based on their investigations, four companies – namely United Phosphorus, Excel Crop Care, Sandhya Organics Chemicals and Agrosynth Chemicals – submitted bids at identical price in year 2002, 2005 (Mar) and 2009 (except Agrosynth Chemicals). While in years 2005 (Nov) and 2008, none of the companies participated in the tender. It was only in 2007 that different bids were placed by all the four manufacturers.

Based on this, United Phosphorous has been imposed a penalty of INR 252 Cr, Excel Crop Care Rs 63.9 Cr and Sandhya Organics Chemicals Rs 1.6 Cr so that these companies will stick to Fair Rules of Business.