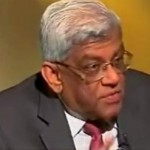 Inflation / Subsidies:Inflation is not under control and RBI kind of swallowed a bitter Pill on cutting the repo / reverse repo rate by 50 bps. Food Inflation is still very High. Fuel [Petrol, Diesel, LPG] and Fertilizer subsidies has gone through the roof. A Marginal increase in Rail fare was rolled back. India’s Subsidy bill is going to increase, increase and increase. Who will fund the Gap ?

Deposits / Loans:Deposit Growth has been lowest in the last few years. You can’t reduce lending rate unless you bring your cost of deposits. However, when Deposit rates were high, their is no growth in deposits how will it grow when rates are low ?

Why are Indian Bank Deposits not Growing ?
Its not just investment is going into Gold. Consumers is made to spend more money on daily essentials, movies, entrainment etc and is thus unable to save. Gold is a dead asset doesn’t generate any revenue and is held in the locker thus we should disincentive investment in Gold because we need foreign currency.

Another reason is money is badly stuck in real estate. Neither projects are delivered nor the money is refunded and is locked in projects which are delayed by as much as 2 to 3 years.

View of Mega Foreign Investors on India Foreign Investors across sectors BLUNTLY told Mr. Parkeh – You do what you have to do, we are ignoring India. Your house is a mess, you sort out your issues first, we will look at other countries for now and when its conducive we will think about India.

Our Take: Normally, man of stature of Mr. Deepak Parekh will not face so much embarrassment as he had to, last week. World knows how Mr. Parkeh built HDFC over 3 decades which enjoys a Rating Higher than our Sovereign Rating. So the UNDERLYING INVESTMENT MOOD is REALLY BAD.

Why India needs FDI and FII Money ? We have a high current account deficit [i.e deficit to meet Imports as Exports are Lower], how can we manage ? It is normally managed by FII and FDI inflows. If they don’t come now, what we get on other side is weak Indian Rupee and High Inflation again. The Indian Rupee may collapse.

Where is the Legal System ask FIIs ? You boast of efficacious Legal system in India. But your Government doesn’t honor your own Supreme Court judgment and pass a new legislation and turn it with retrospective effect.

Indian Tax Authorities Harassment Foreign Investors are afraid on the uncertainty in Indian Tax Systems, be it GAAR or Backdating Tax Demand Notice to BPOs on Transfer Pricing. These BPOs employ 20,000 to 40,000 employees. They are mostly of foreign banks and they are demanding clarity and have not recruited a single person since then.

Forget, Foreign Companies, HDFC Life Insurance Got a Rs 795 Cr Tax Demand Notice. The company is still under loss and has negative accumulation of reserves. We had no choice but to run behind lawyers and appeal the matter. All we needs is Better Clarity of Laws.

Is Deepak Parekh a Bear ? I am very disappointed by the way we shot ourselves in foot. We have scored a self Goal. Pity, our political situation has brought to this state. Opposition is also partly responsible for this situation. India has lost its sheen and is a reality. I am very Disappointed, Sad, Depressed why did we come to this situation. A GDP Growth of 7-7.5% is over-optimistic and it should be between 6-6.5%.

Is the Government Paralyzed ? Government must start spending on Infrastructure projects. Government must allot more money for Mining, Energy exploration but is not doing anything. We have come to standstill. You ask the top 10 Indian businessmen and ask how much will they invest ? They have put all projects on HOLD.

Does corporate India think of India ? I am not batting for corporate India, if they have difficulty of setting up in projects, when their is nothing in Black and White everything is grey, its completely uncertain. Look at the complex set of rules regulations, permissions from State and Central Government required to get project off the ground. Which Businessman would like to commit in such a scenario ? Why can’t they be simplified ?

We totally agree with Mr.Deepak Parekh and it is high time that Dr. Manmohan Singh acts and saves himself from a disgraceful exit which will get into our childrens History and Economics books as a man who slept over Economy, Scams, Lawless State and a Paralyzed Government while a Billion Indians struggled to meet their livelihoods.