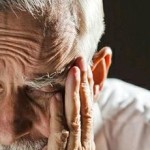 You may heave heard in the news, read here about empty promises coming from the office of octogenarian Finance Minister Mr. Mukherjee curtailing Inflation. Rubbing salt on the woulds of Common Man’s concern on inflation is yet another rubber stamp kind of an authority, Dr Subbarrao, Governor of RBI. Both of them have neither been able to handle the inflation, rupee, GDP growth, etc nor frame any far reaching policy measures. Data suggests that in the last 12 months the average WPI / Inflation has been at a whopping 8.3%. Latest number for May-12 being 7.5% [YoY Growth]

Indian Inflation in the past 12 Months is Higher than the GDP Growth(recorded at 5.3% latest quarter on yearly basis). This means we are actually in Negative zone, yet the Old Men at the helm of affairs can neither take any measures nor are paving way for others.

Fuel inflation surprised on the upside, at 11.5% yoy, on higher prices of petrol and bitumen. A part of the increase in the headline print of the WPI may also be attributed to the pass-through of the significant currency weakness.

CPI inflation (industrial workers) accelerated to 10.2% YoY in April vs. 8.6% in March, 7.6% in February and 5.3% in January. Non-food CPI inflation has also remained high at an estimated level 9.5% in April vs. 9.1% in March, indicating that domestic price pressures remain elevated.

It is really pathetic to be ruled by politicians calling themselves as esteemed law makers / parliamentarians etc yet are miserable failures in discharging their basic duties.