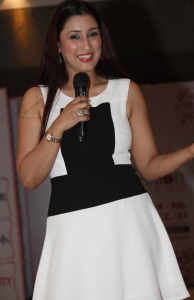 With the underlying Economic indicators showing signs of recovery, a comprehensive analysis of Indian banks’ profitability matrices, suggests that asset quality stress tests and near-term strategies, present three key takeaways: 1) Private banks are well positioned, with the capital and liabilities to benefit from an economic recovery. 2) Lack of capital is a challenge for PSU banks, whose urgent need for equity dilution may keep valuations subdued even as the economy improves. 3) Capital inefficiencies may keep valuations down for PSU banks, whereas valuations could expand for private banks due to better capitalisation.

PSU banks have lost their core constituency – namely core deposits – and their operating profile has weakened considerably. With capital needs increasing and availability in question, the competitive intensity for private banks will ease, to be reflected in relatively higher growth and margins.

One of the problems with deposit gathering in the last three years had been the persistent negative real deposit rates. This made banks keep deposit rates at around 9% for a prolonged period of time – despite a weaker economy.
However, now inflation is slowing – in February CPI inflation was 8.1%, the slowest in 25 months, with core
inflation also close to 8%. This has taken real deposit rates to ~ 1%.

Why BUY Private Banks Now ?
All private banks, especially the larger ones (HDFC Bank, ICICI Bank and Axis Bank), have strong Tier-1 ratios and RoEs, resulting in minimal depletion of capital. In addition, a strong liability franchise will help them make the most of the recovery cycle.

We had already given a call much before Morgan and Deutsche on our twitter updates.

Accumulate Axis Bank between 1107 to 1045 for a 12 Month Target of 1400 without any fear of Corrupt Bad Central Government. #Invest #India