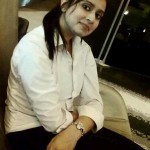 Bajaj Finserv is doing a rights issue priced at Rs650 /share which would translate into Rs9.4bn. The company would be issuing 1 share for every 10 shares. According to the management the proceeds would be utilized for Bajaj Finance’s capital requirements. The record date has been fixed to 8th September 2010.

Bajaj FinServ’s life insurance business has posted APE growth of 30% in 1Q vs the industry’s flat growth, mainly driven by distribution channels and an exceptional growth in non-par products. The bancassurance channel (incl. Bajaj Fin) is proving to be good. Unlike other private players, < agency business contributes only 40-45% of total revenue. Expect the General insurance business to stay profitable. Though we believe the general business profits to surge given a reduction in the motor third-party pool, we expect them to be only range-bound. The combined ratios are best in class. Bajaj FinServ is expected to Report an EPS of Rs 104 for FY 2013 and Rs 132 for FY 2014 with a 23% CAGR between 2012-2014. Investors can Subscribe to the Rights Issue and hold for Long Term. WE assign a Stock Target price of Rs 900 Ex-Rights.