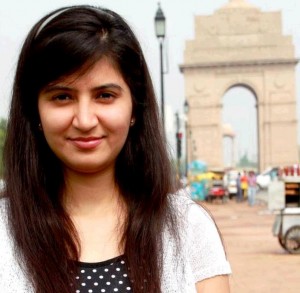 India, one of the best emerging markets from 2001 and the Gateway for Global IT has suffered a serious setback under the Congress Government for continued Policy Paralysis and the unearthing of Series of Scams [2G, CWG, Coal Mining, etc] never heard of in Global History of such massive and rampant corruption yet the tolerant citizens of the Nation toiling hard for survival. Amidst this background, the government is nothing but arrogant and the super weak Prime Minister is a miserable leader to head India Inc.

Below-normal rains, affecting the farm sector outlook. The macro environment for private investment continues to deteriorate with no major policy reforms being implemented.

Bigger GDP Risk – Very Scary
If the Govt is unable to act now, Morgan expects a deeper macro stress which could entail further significant
deceleration in GDP growth to 4.3% in F2013, sharper depreciation of the exchange rate, and a shock to the banking system with a huge rise in the impaired loan ratio above our current estimate of 9.5% by March 2014.

Currently Morgan Stanley is assigning a 50% chance that Indian Prime Minister will act in Prudence and save the Economy. It assigns a 35% chance to Bigger GDP Risk of it falling to 4.3%.

Our Take
In our view, the Government has lost its chance for Big Bang Reforms amidst the Scams in its previous term and the inability to change their thought-process to give a transparent governance will see a massive defeat and rise of more Nitish Kumars, Narendra Modis in India. This means sideways movement for the Equity Market and the Economy in General.