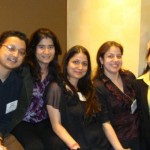 Tata Consultancy Services (TCS) reported 8.1% sequential volume growth (highest in past 11 quarters), 6.4% USD revenue growth and EBITDA margins at 29.3% (decline of only 60bps) – all ahead of our and Street’s expectations. TCS’ Q1 results have clearly surpassed that of Infosys on multiple counts such as volume growth, large deal wins, pricing movement and operating margin performance.

EBITDA outperformance and lower foreign exchange loss led to net profits (INR 18.4bn) well ahead of our expectations of INR 17.1 bn. Volume growth was mainly driven by telecom (10.8%), retail (9.1%) and few other smaller verticals like hi-tech, energy & utilities, and media & entertainment. Pricing declined only marginally by 32bps on a blended basis Q-o-Q and is expected to remain stable.

During Q1, TCS won 10 large deals (in line with the run-rate in the previous quarter) which compares with just 2 wins by Infosys. Further, TCS is also chasing 15 large deals, of which, ~5 involve major services that are discretionary in nature, indicating strong demand for outsourcing services. We see this healthy demand trend driving up the pricing in two quarters from now. With the UK growing 5.1% Q-o-Q in constant currency and continental Europe 1.2%, we see concerns of demand slowdown in those geographies receding.