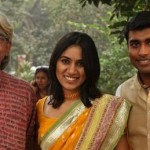 Analysts desperate to know if their money is safe in India are flying to Delhi to asses the situation of reforms and policies. Here is a quick take on the final gamble everybody is betting on. Top Bureaucrats in the administration as well reputed in the RBI believe that if over the next 50 days the Cabinet is not able to breakthrough then the Stagflation will continue and the Indian economy will go into hibernation until the next General Election.

What is Dr.Singh’s proposed gameplan over the next 2 months?
Even after the 19th July presidential elections, no major decision is likely to be taken until the end of Vice president elections on Aug-07-2012, when the Government will know the exact nature of support it enjoys from coalition partners.

In case during the VP elections, Congress struggles to establish a majority, the probability of Retail FDI, Aviation FDI, Pension Reforms Bill etc during the Monsoon Session of Parliament in AUGUST will be LOWER. The government will go ahead and discount Mamta’s threats and give in-principle nod to FDI in retail and leave it to the states to decide on the fate of implementation as it has an equal say.

FDI in Insurance is likely to sale through with support from the BJP. A technocratic Finance Minister is likely the best case scenario from the perspective of business confidence.

And finally in Late August, the Rangrajan committee report on the Reliance KG D6 Oil Scam and further allocation of all Natural Resources will be made public. It is known fact that Reliance has lot of Members in its Pocket, the Government may still be unwilling to budge to one individual, Mr.Ambani.

And Finally what is the RBI upto ? It is now evident that the RBI was made to cut rates in April-2012 with external pressure from New Delhi. Given High Inflationary stance, RBI may stick to anti-inflationary measures. Stay tuned!