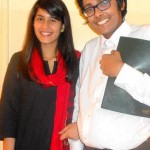 With the change in Guard at North Block earlier this month, Analysts from DalalStreet met a range of people across Ministries, the Planning Commission, the Council of Economic Advisors to the Prime Minister, policy analysts and seasoned political journalists seeking views of the Indian Economy and Business. Everybody acknowledged there is urgency of the situation, and in particular the fear of a credit rating downgrade is a strong
compulsion to act.

The overall tone was cautious, perhaps best summarized by a remark from one senior adviser that “there is now a clear intent on the part of government. But will it lead to outcomes?” One of the Joint-Secretary said “issue, what issue”, plugging the line “the world makes India look good…foreign institutions have invested $10.5bn already this year”.

Key Takeaways from the meeting,

And the Negatives,
But major reforms – FDI in retail, GST Goods and Service Tax, and Land Acquisition – still look far-fetched.

Medium Term Growth Rate has Fallen
The slowdown in the investment cycle has been very sharp, in large part due to the ‘government effect’. This has and will continue to impact short and medium term growth. FY13 GDP forecasts have been in free fall for several months, with the RBI cutting its forecast last week from 7.3% to 6.5%. Our view is that trend rate of growth has fallen below 7%. Proceed but with little caution.

In our view this government effect has three issues to tackle

2014 Central Election Prediction – Scary
On the politics front, most people think the next election could well result in a weak Congress and BJP, and a new version of Third Front.

What do we Investors Do ?
Stay invested for now. When their is right opportunity to Book Profits we will inform you all by an update on our official twitter page.