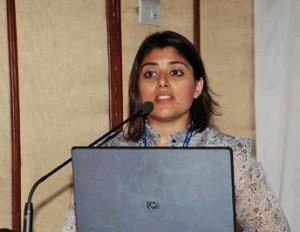 BOFA Merrill Hosted an Investor Conference with Nine Top Government Officials and they are of the opinion that Delhi is trying to recover lost ground by compressing twin deficits, undertaking reforms and fast tracking project clearances. The benefits of these initiatives should show in 2-3 years, in their view.

Polls: Political punditry concur with opinion polls that show the BJP-led National Democratic Alliance overtaking the ruling Congress-led United Progressive Alliance. At the same time, the emergence of the Aam Admi Party has added new teeth to the possibility of a Third Front of regional parties.

Projects receiving clearances Is the government really fast tracking projects? The Cabinet Committee on Investment has cleared US$80bn out of the US$300bn referred to it. (US$80bn/4% of GDP should step up growth by 0.8%, assuming an incremental capital output ratio of 4.5) 11 state governments have set up project monitoring groups for local projects. Finally, power producers have welcomed the Cabinet’s claim to re-open quotes as bidding had been over exuberant in the up-cycle.

GDP Growth What many wondered? Has India’s potential growth slowed down? It is probably
7%, given an investment/saving rate of 30-32% of GDP and an incremental capital output ratio of 4.5, according to the government’s top economic advisers. Growth could rebound to 7% levels (from 4.8% in FY14 BofAMLe) if the investment cycle revives in the coming 2-3 years.

Fiscal Deficit What still worries investors? Can the Center stick to its 4.1% of GDP fiscal deficit target? We see 70bp upside risk as we find the tax/growth assumptions a bit too aggressive. That said, at this stage of the cycle, we would be satisfied as long as the Center holds the fiscal deficit at sub-5% of GDP today.

Finally, most government officials emphasized that agricultural reforms, such as doing away with the
Agricultural Produce Marketing Committee Act, rather than RBI rate hikes were needed to combat agflation.