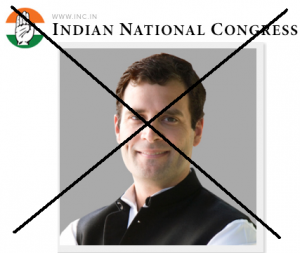 Fast economic development is critical to ensure employment for the youth and security of the country. India is currently going through one of the worst phases as far as economic development is concerned. High inflation and low growth have led to stagnation in job creation. The social impact of the economic crisis is frightening – as shown by increasing number of suicides and skyrocketing crime graph.

The present economic crisis in India is due to policy paralysis of the Corrupt Congress led UPA government resulting from high level of corruption and lack of vision for the country.

Statesman Atal Bihari Vajapyee’s Rule Golden Era of Progressive Reforms in India
The BJP led NDA government had written a golden story of India’s economic growth and kept inflation under tight control. His Government constructed so many highways (World Class Quality) in just 5 years which is equivalent to what Corrupt Congress did in 55 years.

It is time to bring a positive change in India. India’s growth story needs to be written again. The BJP has done this in the past and can do it again under the leadership of Narendra Modi who has rewritten the success story of Gujarat as the most prosperous state of India.

We would request you to vote for a prosperous India by casting your valuable vote to BJP in General Elections 2014 and be a part of the India’s growth story.