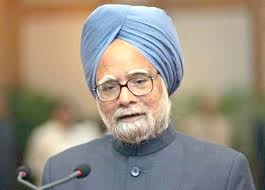 Readers, bear with me as this post is non-investment related, but essential since the basic integrity of every Indian will be questioned because of irrational behavior from esteemed men holding top offices in the Government of India.

Dr Manmohan Singh, Honb’le Prime Minister of India in my opinion has the best chance to take moral responsibility of the Coal Scam, Delhi Airport Land Bank Allotment Scam and Rampant Violations / Bid Rigging in Ultra Mega Power Projects Scam and step down from the chair of Prime Minister of India which is viewed in Honor by a billion citizens like me.

What we don’t like in Dr Singh as PM of India ?

Sir, don’t teach the young and dynamic India that everything is Questionable in India. It is because of this Bad Attitude of you and your Congress Party the State Governments are not co-operating with you on Land Reforms Bill, GST, FDI in Retail, etc Dr. Singh, it is time to listen to the conscious and apologize to the nation as history books written by Political Agents won’t be read by the coming generations but websites like this and wikileaks will stand tall to dissipate the light of Truth.