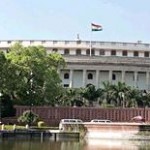 The year was 1991 a man was determined to change India’s Fortunes. He probably knew more than anybody else about the Economy and the State Finances and thus was put in-charge as Cabinet Minister of Finance and the scholar who assumed responsibility was none other than our honorable PM Dr Manmohan Singh.

However, in 20 years, things have changed a lot. Dr. Singh known as the Architect of Liberalization and Economic Policies is now a Puppet of Populist measures and a mute spectator to the rampant corruption across the length and breadth of the country.

As early as June, we were the first in Global Media to write that Political Chaos – Corruption and Scams will make Investors jittery about India. Dr. Singh tried hard to defend just couple of weeks later but things have changed only towards the worse.

DalalStreet Analysts touched base with Top bureaucrats in New Delhi and their Voices,
GDP Growth Clear consensus amongst policy-makers that GDP growth in FY13 was likely to be weaker than in FY12.

Populist Reforms Only on the Cards An ex-Finance Secretary and a senior bureaucrat with nearly two decades of experience in the North Block highlighted that popular reforms with minimal fiscal implications. Reforms that could Cheers the Stock Market / Indian industry are at the Bottom of the List.

Reforms – No Framework Daredevil Ministers and civil servants who are no more afraid of Scams and CBI Inquiries for their decisions are willing to plough forward in this unstructured environment and might be able to get things done provided they run on their own steam.

Private Industry to See Capital Crunch / High Borrowing Cost A senior bureaucrat who has managed the Government borrowing programme for more than a decade was of the opinion that the classic crowding-out effect was in play in India with the banks happy to buy Govt. bonds rather than lend to the private sector.

Corporate Tax / Indirect Tax may Go Up As Congress’ political compulsions grows, Corporate tax rates and indirect taxes on goods/services consumed by higher economic classes are likely to be the most likely pockets to fund useless schemes such as MNREGA and National Food Security.

Finally, India’s economic growth rate to remain under pressure over the next 15 months.

One thought on “Congress U-Turn From Policies to Populist Measures – Fiscal Deficit + Economy – We Don’t Care!!!”