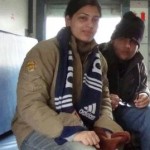 The Railway Budget has adequately addressed the ongoing financial woes with revenue-enhancing measures. The passenger fare hikes come on the back of freight rate hikes on March 6, 2012. The rail budget can be considered non-populist and is a reflection of the intensely tight fiscal conditions facing the governments in general and is reflected in the fact that the passenger fare hike (10% to 12%) has happened after a long gap of 8 years.

Budget a definite positive due to passenger fare hikes
The budget provided for an increase in passenger fares ranging from Rs0.03/km for mail and express second class to Rs0.3/km for AC first class and expects to see a passenger traffic growth of 5.4% and an overall passenger revenues growth of ~25% in FY2013 over the last year. The following Chart Shows the Proposed Railway Fare Hike for Sleeper Class, AC 3 / 2 Tier and AC First Class.

Big Question Mamata Banerjee the leader of the TMC has made the Railway Minister, Dinesh Trivedi resign and installed a puppet Mukul Roy to show off that she is still the Queen in Delhi Politics. So will the proposed 1.3 Lakh Crore Railway Budget sail through ? Like we have been saying for the past 10 months, Politics is Destroying Indian Economic Growth.