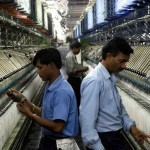 The Jan-2012 IIP number release was much better than expected at 6.8% y/y ( December was also revised higher to 3.5. Though consensus was much lower at 2.1%. The biggest surprise was the driver of this strong number. Consumer non durables ( has a weight of 21% in the overall IIP) grew at astonishing rate of 42% y/y. Since the IIP series began in 2004-05 , this is the highest growth ever recorded by the sub index of consumer non durables.

Some Rise sharply in January: In the manufacturing segment, growth accelerated to 8.5%YoY compared to 2.6%YoY in Dec. Within manufacturing, the segment including food products and beverages showed the most acceleration with growth of 92.6% followed by publishing, printing and reproduction of recorded media (56.1% YoY) and medical, precision and optical instruments, watches and clocks (29.9%).

Losers in Manufacturing are The electrical machinery and apparatus showed the sharpest decline of -30.5%YoY, followed by office accounting and computing machinery (-14.1%) and radio, TV and communication equipment and apparatus (-13.8%) air conditioners (-47.5%), fruit pulp (-33.2%), antibiotics and its preparations (-16.4%) and gems and jewellery (-15.5%).

As monthly Industrial Production growth tends to be volatile, we believe a three-month moving average is a better indicator to track to assess the trend of industrial activity in the economy.