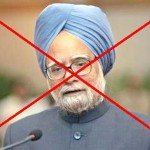 For the last few months even we were disturbed by the events that were unfolding in the Political Capital – Scams, Massive Corruption,  Government Sponsored Violence on Peaceful Protesters [Web users compared this to tiananmen square], Shooting of Investigative Journalists and the arrogance of the Central Government led by the Weakest Prime Minister to accept his Government’s fault and correct on the same.Foreign Institutional Investors have lost hope on Indian Government and its ability to take policy decisions.

Adding to the Government’s woes, Sonia Gandhi flying to Switzerland and Corporate India’s Leader N R Naryana Murthy of Infosys coming on record to accept Citizens Stand on tackling the disease of corruption in every Government office. The beleaguered government is focused on political survival, pro-growth policy measures are unlikely for the rest of the government’s tenure. FII’s have met key persons involved in Policy making and their views were – there will be more political uncertainty and social turmoil over the next few years.

Mid-term elections are unlikely but an overhang on the equity markets in the medium term unless the Government uses its age old weapon – LIC’s investment wing to support the market.

The combination of macro-economic headwinds, earnings downgrades, continuing political turmoil and India’s valuation premium relative to other Asian economies has made FIIs go UNDERWEIGHT on India. It is likely that Indian market could bottom at 12.5-13x FY12E P/E (from 14.5x now), implying a floor level of 16,000.

Note: We usually abstain ourselves from writing on Political Developments but this one has gone out of limits and as an Indian never felt so shameful as our hopeful yet hopeless PM has let us all down. Politics will impact the markets and investor sentiments to a large extent.