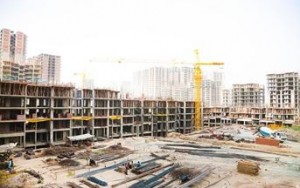 Economic Rsearchers have been able to establish definite co-relation between Congress Government’s flawed Policy and the Labour Market and thus its impact on the Inflation. Rural wages have been growing by 17% on average since FY07 and have outstripped urban wages. A number of government programs have supported this, including the NREGA (A Massive Scam as Shown on Satyamev Jayate) which provides 100 days of employment to a member of each rural family.

Economic Researchers have found evidence to support the hypothesis that inflation has been higher in states where NREGA has been implemented to a greater degree. Not only are agricultural workers not moving to urban areas, the increase in wages, without an increase in productivity, is fueling inflation. NREGA has led to workers moving from agriculture to rural construction. The number of workers in rural construction has jumped from 17 million to 37 million between FY05 and FY12. This suggests that there is little surplus labor coming out of agriculture which could drive down wages and inflation. Therefore, there may not be as much slack in the labor market as output gap measures would suggest.

How Visionary Narendra Modi as Prime Minister of India will Correct the Imbalance ?
To do this would require a reduction in rural subsidies, which are fueling inflation without increasing labor productivity. We think that the scope of NREGA could be reduced to make it applicable only to women. A possible reform to NREGA could be to have the program focus on women, and their skill development. This would increase female labor force participation, reduce the scope for wage inflation. Further, policies to increase efficiency of land markets, by improving land records, easier conversion of land use, and land acquisition for industry, could help incentivize urbanization.

We believe a new non-corrupt government by Shri Narendra Modi could focus on labor market reforms and boosting urbanization through policies. Shrinking inter-state differences can allow a virtuous cycle of reforms.

India’s stringent labor laws are a key factor constraining employment growth. A young workforce requires urgent reforms to increase its participation and to move to higher productivity areas. If labor share in manufacturing were to increase from the most stringent labor law states to more flexible ones like Gujarat, we estimate that 40
million jobs could be added in manufacturing and over 110 million jobs can be added over the next 10 years, the largest for any major economy.